Amazon Prime for the Pontiff!

Over the lockdowns, we might all have seen the ubiquitous delivery company’s name on our doorstep more often than we have thought about the incredible eco-system from which it takes its name … Not so for Year 8 pupils at St Mary’s Catholic Academy in Menston! The young people have been learning about the Amazon Rainforest in their Geography lessons and the topic inspired such interest and passion that the pupils and their teacher decided to get in touch with Pope Francis himself, writing letters pleading for his Holiness to speak on behalf of the Amazon and its people to the leaders of Brazil and their trade partners in South America!

Every letter explains each pupil’s unique perspective on why the Amazon is such an important environment, and why it deserves protection. Pupils have shared scientific facts, used persuasive writing, added Bible quotes and even quoted Pope Francis’ own Encyclical letter Laudato Si’ to persuade His Holiness to hear their voices.

Lizzie Morrissey, class teacher, explained, ‘Towards the end of the topic, a lot of the information about deforestation was very negative, and it felt wrong to leave that with the children and just move on. Many asked what they could do to help! Knowing they are not old enough to vote or choose how to spend money or make monthly donations, I asked the Head teacher at St Mary’s if we might be able to write to Pope Francis, who I know is already so passionate and progressive about the environment. She gave us permission and since then, the children have worked incredibly hard to show their love for saving the planet! I wanted to help them feel they have a voice, and can act to change the future, even as young people!’

The letters have been composed with support from senior staff at the school as well as the School’s Lay Chaplain Julia Findlay and Chaplain Fr John Carlisle, who said he has ‘enjoyed reading the letters immensely and learned a lot!’

The final parcel, containing all the students’ letters was wrapped in rainforest wrapping paper, lined with pictures of the pupils’ other rainforest artwork and sent along with some edible treats which Pope Francis is known to enjoy; a taste of Yorkshire is going along too, with a handful of individually wrapped Yorkshire tea bags!

‘There is a saying “speak truth to power”, but Pope Francis already speaks the truth about the ecological disaster we are facing. We are asking that “power speak truth to power” now! We know that His Holiness stands for the future of the planet and hope our support helps him use his strength to address politicians and leaders directly!’ said Lizzie Morrissey, adding ‘I couldn’t be prouder of the students’ work this term, they have shown incredible resilience, passion and care for our collective home on top of coping with a huge change to the way they learn. They really are incredible!’

The parcel has now been sent to the Vatican – and as Pope Francis has been suffering with sciatica, the students and their teacher hope that their letters will at least bring a smile to His Holiness’ face … This is one Amazon delivery he won’t be expecting! 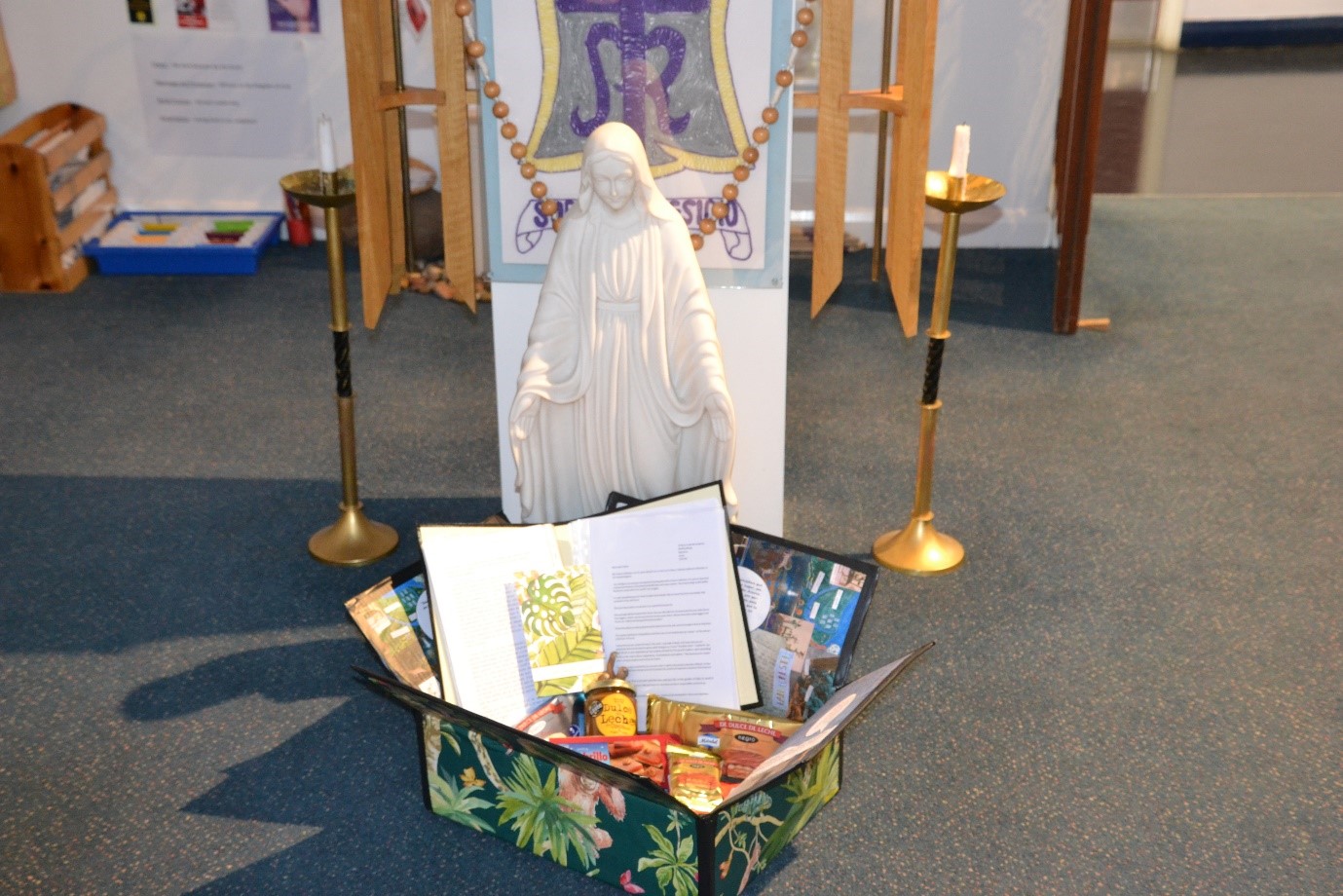 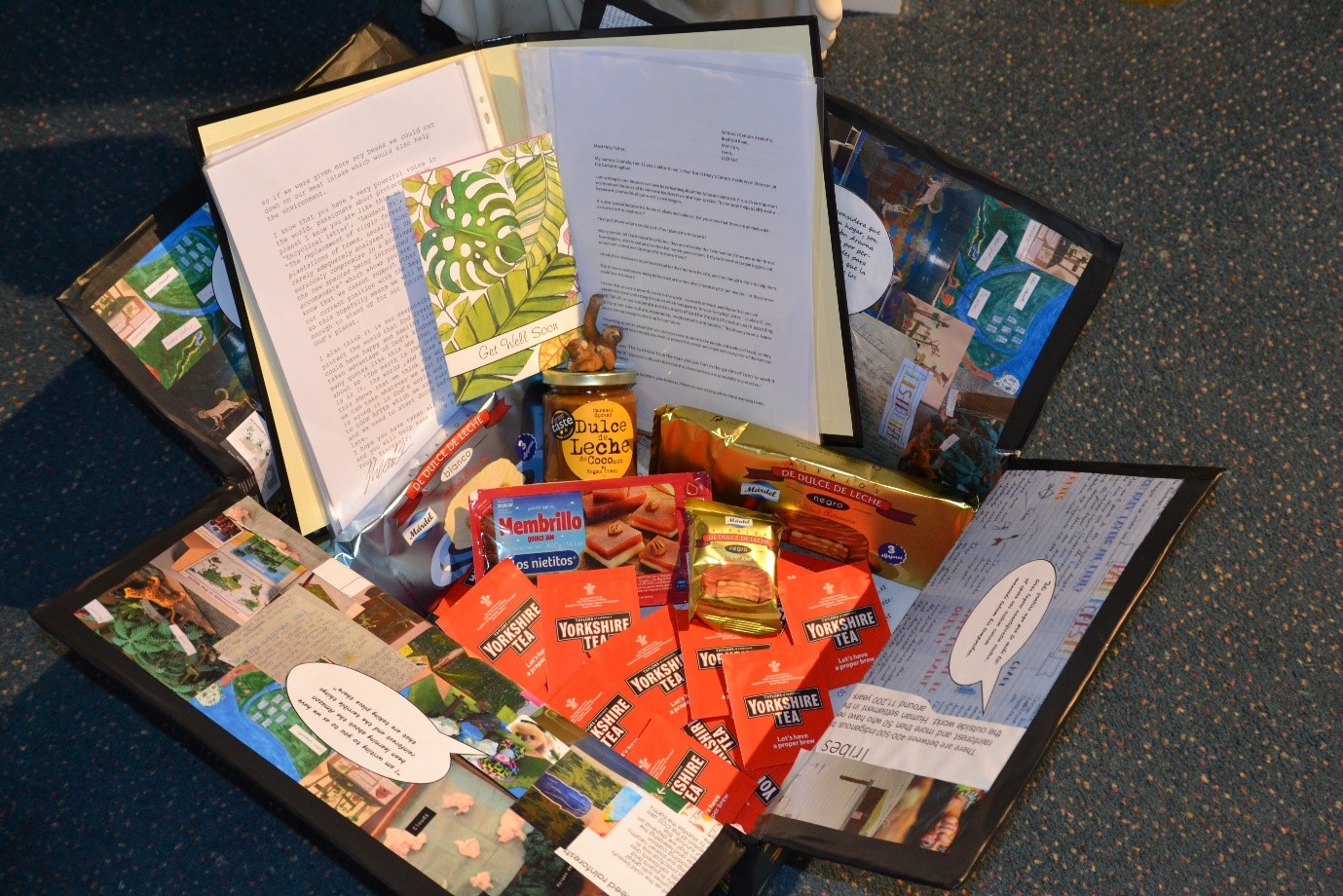 ‘Songs of Praise’ and the Ilkley Connection – Sunday 14 March