The Annual Celebration of Priesthood, which was cancelled in 2020 and could not be celebrated on the usual Solemnity of the Most Sacred Heart of Jesus this year, took place on Thursday 28 October at Leeds Cathedral. 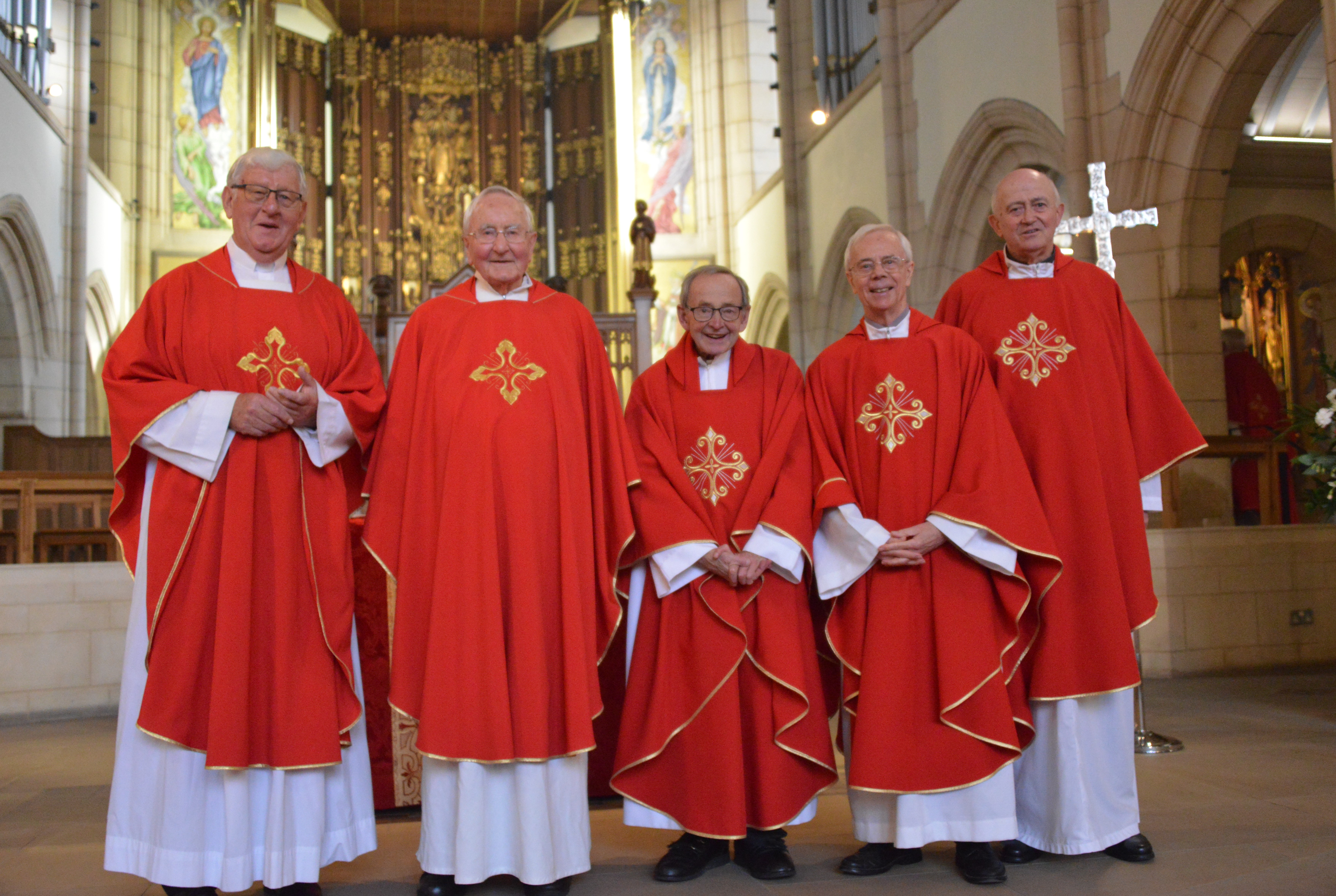 The occasion celebrated the jubilees of those priests with significant anniversaries of Ordination to the Priesthood in 2021 and of those who celebrated them the previous year.

Holy Mass, led by Bishop Marcus, was followed by a celebratory lunch in Wheeler Hall for the concelebrating clergy, in honour of fifteen jubilarians in all, who between them have given over 600 years of service to the Diocese.

Warmest congratuations and appreciation go to:

This Advent Sunday: please support our friends in Peru!