It is with great sadness that the Diocese of Leeds announces the death of Fr Michael Sullivan who died at home in Otley on Thursday 21 May, aged seventy-one.

Please pray for the repose of his soul.

Bishop Marcus will preside at Fr Michael’s funeral liturgy at Killingbeck Cemetery, Leeds on Thursday 4 June. At a future date a Requiem Mass will be celebrated for the repose of Fr Michael’s soul.

Michael Charles Sullivan was born on 18 September 1948. An only child, he went to school in Sheffield and then studied for the priesthood at Ushaw College, County Durham. He was ordained on 10 March 1973 at the Church of Our Lady of Sorrows in Bognor Regis, Sussex, where his parents lived.

Following his ordination Fr Michael was appointed by Bishop Wheeler as Assistant Priest in the Parish of St Mary at Maltby in South Yorkshire. In 1980 he was appointed to St Mary’s, Halifax and in 1982 he moved to St Walburga’s Parish, Shipley.

In 1986 Bishop Konstant asked him to become the Parish Priest of St Monica’s at Cottingley in the Aire Valley. In 1991 Fr Michael became the Parish priest of St Aelred’s in Harrogate. In 1997-98 he spent a year on the staff of St Austin’s, Wakefield before becoming Parish Priest of St Mary’s, East Parade, Bradford. He served at Holy Spirit, Heckmondwike from 2002-06 and at St Clare’s, Bradford in 2006-7. Fr Michael retired from parochial office in 2008 following a short time on the staff of Leeds Cathedral.

In retirement Fr Michael lived initially in Rothwell and then in 2012 he became one of the first residents of the Manor House at Otley, a new development of apartments for retired clergy. It was here that he died on Thursday 21 May.

Fr Michael was a priest who did things his own way. As a young priest and a curate in the parishes he served he was heavily involved with youth work. He, along with Fr Michael Hickey of the Hexham and Newcastle diocese, were instrumental in bringing and developing “Worldwide Marriage Encounter” into England in the late 1970s and 80s and he was involved not only at a diocesan level, but also at the national level.

For a number of years Fr Michael was Chaplain to the HCPT in Keighley and will be fondly remembered for being their companion on the annual Easter pilgrimage to Lourdes.

He was an avid golfer who over the years played courses around the world. In retirement he took up embroidery and could often be seen at his window sewing some very intricate patterns.

At the beginning of March 2020, Fr Michael was diagnosed with a form of cancer which was already advanced. Bishop Marcus has said that after that time he was wonderfully supported by his brother priests living in the Manor House, and  by Canon Lawrie Hulme, the Parish Priest of Otley.

May He Rest in Peace 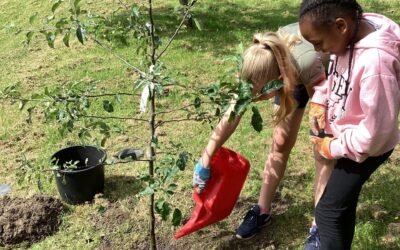 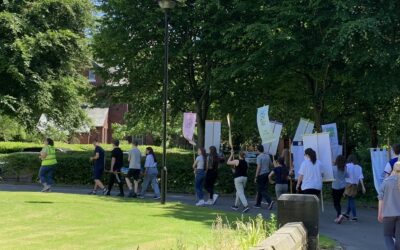 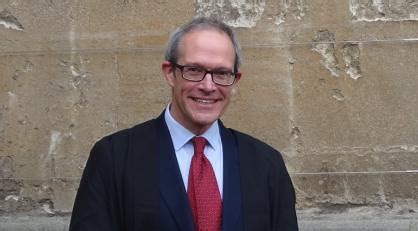