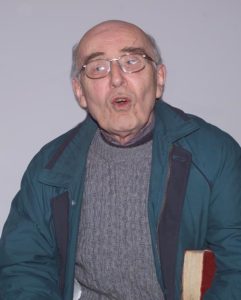 It is with great sadness that we announce the death on the evening of 21st February of Rev Fr Sean Leonard .

Fr Sean was 82 years old and had served the Diocese of Leeds faithfully as a priest for over 58 years.

We pray for the repose of Sean’s soul and also remember his family and friends in our prayers at this time.

Details of the funeral arrangements