The Twelve are a team of young people from parishes across the Diocese of Leeds who have gathered together for prayer, fellowship and formation leading to their commissioning by Bishop Marcus which took place on National Youth Sunday 2019. This team of young people are working in collaboration with Bishop Marcus and are meeting him regularly to talk about Diocesan matters and priorities, giving a voice to young people across the Diocese.

Caritas Leeds, Leeds Citizens and the Leeds Diocesan Youth Service are working together in partnership to help facilitate and provide ongoing formation to The Twelve. So far The Twelve have focused on leadership in scripture, general leadership and communication skills, general information about the Diocese, some of the structures, projects and key people within the Diocese. From this, The Twelve have put together priorities that they would like to focus on this year that they feel are particularly relevant to young people across the Diocese of Leeds. 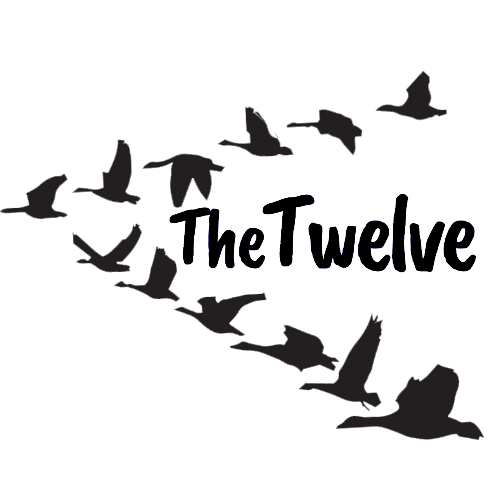 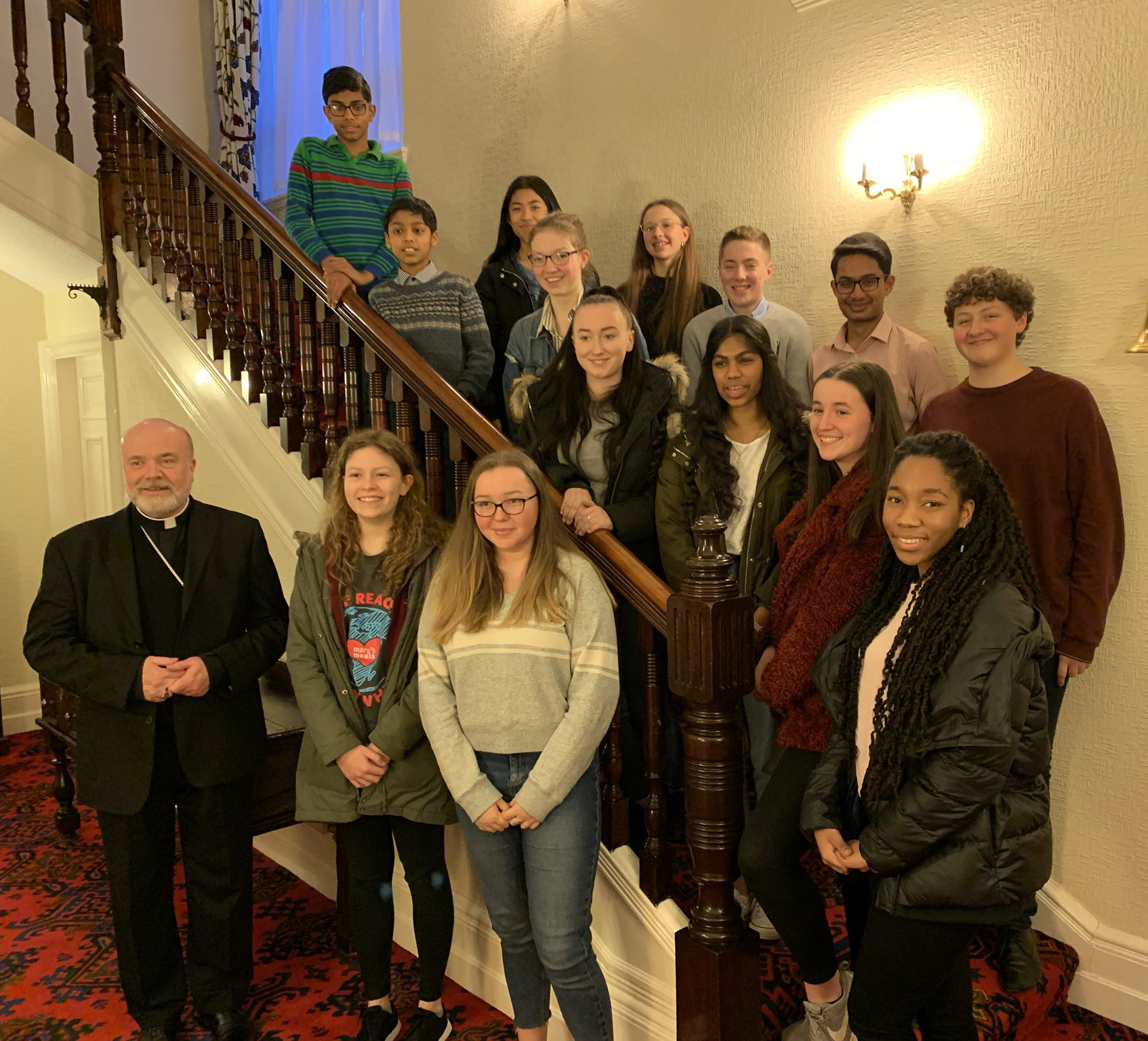 About the Name and the Logo

The Twelve are named not necessarily for their number, but in inspiration of the small group of apostles who, empowered by the Holy Spirit, transformed the history of the world when they took Christ’s Gospel to people all over the earth.

As part of the formation of The Twelve, one of the focuses was on leadership and effectively working as part of a team. One of the ways of looking at this was by examining the flying pattern of geese, which included flapping arms like geese for quite a while! The flock of geese fly in a ‘V’ formation as when each goose flaps, they create an uplift for the following geese which adds 71% greater flying range compared to when working alone. The whole flock develop a sense of common direction, each takes turns in doing the harder tasks, they are supported by the others, they stand by each other in difficult times as well as when they’re strong and they are also willing to ask for help when it is needed. This example of teamwork and leadership, as well as the great memory of flapping like geese meant that this was the perfect logo for The Twelve.

Favourite Scripture: “You have heard it said, ‘An eye for an eye and a tooth for a tooth.’ But I say to you, Do not resist an evildoer. But if anyone strikes you on the right cheek, turn the other also.” ~ Matthew 5:38-39

Favourite Scripture: “For God so loved the world that he gave his one and only Son, that whoever believes in him shall not perish but have eternal life.” ~ John 3:16

Favourite Scripture: “Praise him with the sound of trumpets.” ~ Psalm 150:3

Favourite Scripture: “Dear children, let us love, not in word or speech, but in truth and action.” ~ 1 John 3:18

Favourite Scripture: “I can do everything through Him who gives me strength.”

Favourite Scripture: “Peace I leave with you; my peace I give to you. I do not give to you as the world gives. Do not let your hearts be troubled, and do not let them be afraid.” ~ John 14:27

Favourite Scripture: “Because the knowledge of the secrets of the kingdom of heaven has been given to you, but not to them.” ~ Matthew 3:11

Favourite Scripture: “Let no one despise your youth, but set the believers an example in speech and conduct, in love, in faith, in purity.” ~ 1 Timothy 4:12

Pilgrimage Goal: Camino De Santiago and the Via Francigena to Rome

Favourite Scripture: “If you say, ‘The Lord is my refuge,’ and you make the Most High your dwelling, no harm will overtake you, no disaster will come near your tent.” ~ Psalm 91:9-10