The weather won’t get in St Wilfrid’s Way!

In spite of heavy rain and humidity on the morning of the first day, the fourth annual St Wilfrid’s Way diocesan ‘camino’ between Leeds Cathedral and Ripon was the best attended yet.

Devised for the Year of Mercy by Holy Redeemer, Huddersfield, parishioner Stephen Habron, St Wilfrid’s Way was first walked in 2016 by just half a dozen stalwarts. In 2018, visiting pilgrims from the United States made this downloadable map of the route available on Wikiloc.

This year, fifteen people attended the Pilgrims’ Mass at Leeds Cathedral early on the morning of Friday 11 October.  The Mass was celebrated by the new Dean: Fr Matthew Habron, who is Stephen’s son.

After praying their first open-air Angelus, walkers visited a very welcoming Wood Hall Carmelite Monastery in Wetherby, where tea and packed lunches were consumed.  The weather improved greatly in the afternoon and the first day ended in Knaresborough, where the trustees of the mediaeval shrine of Our Lady of the Crag specially opened the Chapel for a decade of the Rosary and Salve Regina before walkers finished their corporate devotions with Vespers led by Fr William Wright OSB at St Mary’s Church in the town – again most grateful for tea, not to mention the opportunity to rest after the first 18 miles of their journey!

The second day’s walk is of a similar distance.  Meeting outside the appropriately-named World’s End pub (Finisterre!) in Knaresborough, an even larger group of more than 30 pilgrims set forth toward Bishop Thornton.  The Pilgrimage takes in some of the most ancient and interesting sacred sites in the Diocese of Leeds, so the first Pilgrims’ Mass of the day was celebrated by Fr Maurice Pearce not in the (historic enough!) St Joseph’s Church, but in the upper room of the (even more historic!) Presbytery: the oldest Mass House in the Diocese, dating from the mid-eighteenth century.  Local parishioners who joined walkers for the Mass kindly dispensed tea – and sympathy – to the weary pilgrims.

On leaving Bishop Thornton, the Pilgrimage’s usual route passes by the gate of the Recusant house, Markenfield Hall.  However, in a case of ‘Health and Safety First’, the route had to be altered this year to avoid deep mud in fields full of unpredictable livestock.  Pilgrims contented themselves with a distant view of Markenfield, before encountering a new hazard: sticks were passed down the line and used to gauge depth and as hedgerow-machetes to make careful progress along the edge of a lane flooded for a good twenty metres with a puddle which, like Shakespeare’s Bay of Portugal, had ‘an unknown bottom’!

The usual diversion through Fountains Abbey was taken by around half the walkers led by the Curia’s own ‘Celebrity Pilgrim’, Chief Operating Officer Ian Burrell.  The National Trust generously grants St Wilfrid’s Way walkers free entry to the beautiful World Heritage Site, and the pilgrims thanked the Trust, as is customary, with a sojourn in the Studley Royal tea rooms before meeting the other party of pilgrims at St Wilfrid’s Catholic Church, Ripon – just in time for the Parish’s Vigil Mass on St Wilfrid’s actual Feast Day, celebrated by the Parish Priest, Canon Ian Smith.

The route to Ripon is carefully planned by Stephen Habron – the ‘Camino Supremo’ – to pass within reach of the excellent ‘bus service back to Leeds.  Several pilgrims wended their way home by public transport – others were offered lifts by pilgrims’ friends and spouses with cars.

For those who were able to stay, supper was in the comfort of the beautifully-appointed St Wilfrid’s Parish Hall; though grateful for all the refreshing cups of tea so kindly provided along the route, the celebrations for St Wilfrid’s Feast Day finished with a final flourish of fish, chips – and fizz! 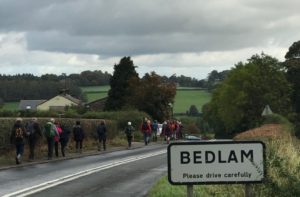 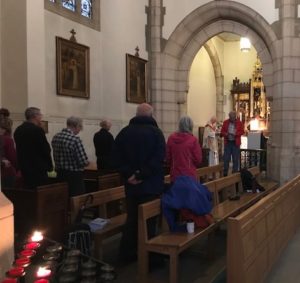 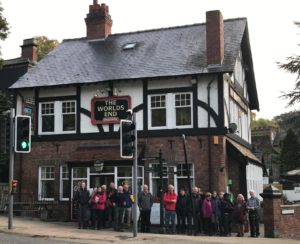 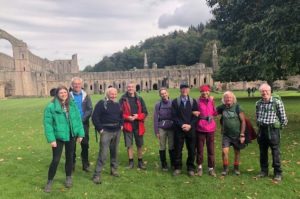 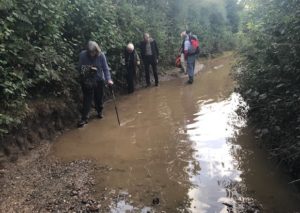 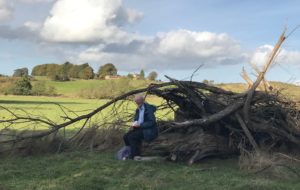 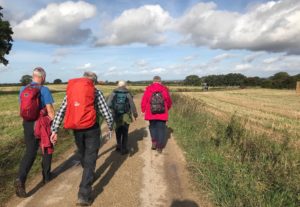 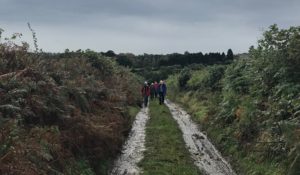 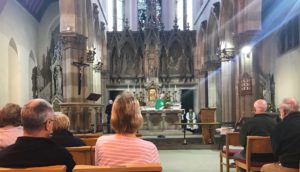 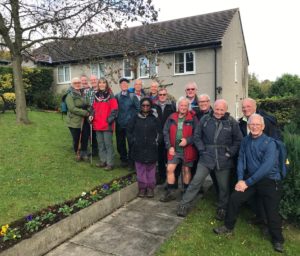 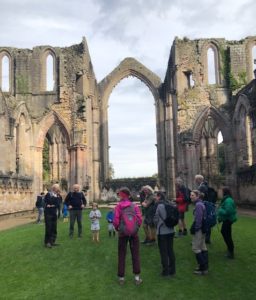 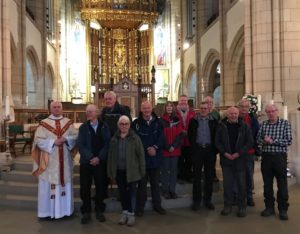 Thanks to all – laity, clergy and religious – who took part in or supported the camino in any way!

Stonyhurst’s Christian Heritage Centre is Worth a Closer Look