The 75th anniversary of VJ Day (Victory over Japan) will be recognised on Saturday 15 August 2020 commemorating the end of the Second World War.

The end of hostilities came a matter of days after the bombing of the Japanese cities of Hiroshima and Nagasaki. On the seventy-fifth anniversary of the nuclear attacks on Japan, Pope Francis once again called “for prayer and commitment to a world completely free of nuclear weapons.”

As we pray for peace and the future of our world the anniversary is also a time to reflect on the past and especially all the millions of lives lost during the Second World War. Eternal rest grant unto them, O Lord and let perpetual light shine upon them. May they rest in peace. Amen. 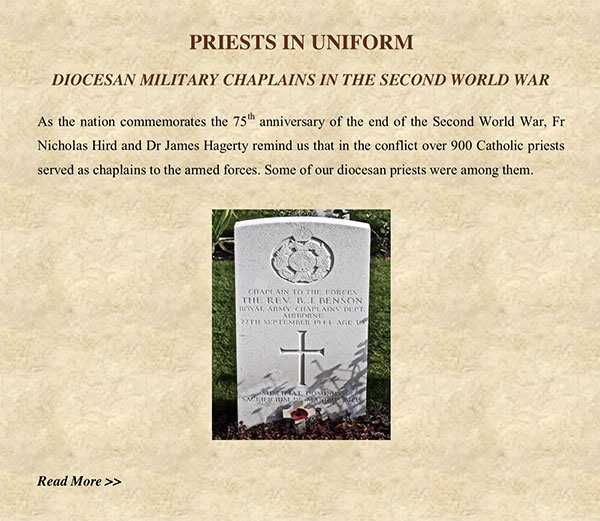 Seminarians instituted as Lector and Acolyte