Ross Peltier, Elliot Minchella and Rowan Milnes are all graduates of St Bede’s and were all on the pitch together in what was a monumental win against their old rivals Leeds Rhinos last weekend.

School staff remember: ‘When at school Ross and Elliot had an edge to them. They were tough characters and this meant lessons were always eventful when they were present. Rowan was the studious type and an extremely polite boy.’ 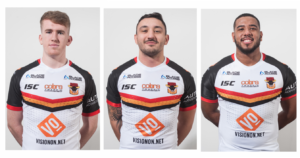 The rich sporting success of St Bede’s and St Joseph’s Catholic College continues with victory for the Under-18’s in the Yorkshire Schools Water Polo Championships for the second year running, with the team beating Ampleforth College 4-0 to win.

Player of the Tournament was SBSJ’s Thomas Cokewright.  Well done to all his U18 team-mates: Stefan, Fran, Harvey, Theo, Jastin, Bartlomiej, Dane, Jake, Sam and Miguel.

This is only the second year of the Championships and once again, the event was hosted by St Peter’s School in York, which was placed third. 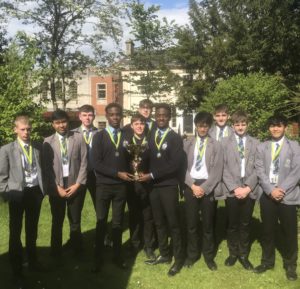