SAINTS, SYNODS AND TRAVELLERS: JOURNEYING TOGETHER ALONG THE SAME PATH!

As Bishop Marcus explained in his recent Pastoral Letter, ‘synod’ is just another way of describing how we as Catholics are being invited to ‘journey together along the same path’. As part of the prayer and preparation for the forthcoming ‘synodal’ or ‘listening’ process, we are encouraged to pray to the Holy Spirit – but there are also saints and holy people whose intercessions we can seek, as we in all our diverse communities ‘journey together’ From Parish to Mission …

There are many large mediaeval wall-paintings of St Christopher in churches, including one in the North Yorkshire town of Pickering, and all across mediaeval Europe, as it was believed that looking at an image of the saint carrying the Christ Child would protect a traveller from sudden death that day’s journey. 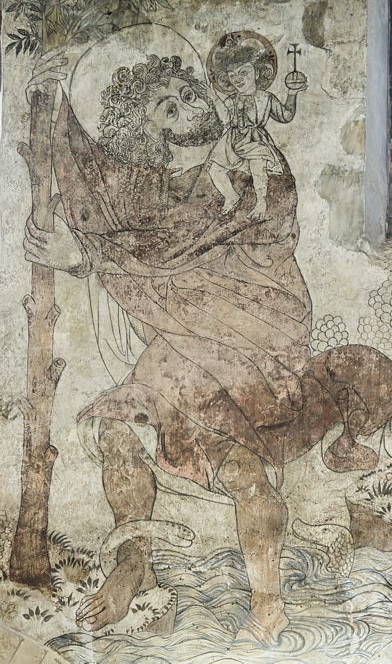 The Blessed Ceferino Gimenez-Malla (1861-1936) was beatified by Pope St John Paul II and is the Holy Patron of Gypsies, Roma and Travellers. Ceferino was a Spanish Romani and his story is both moving and inspiring. A devoted family man, known for his honesty, people would seek him out to mediate in family quarrels and resolve disputes between Romani and Spanish people. Ceferino was illiterate, and yet became a catechist of children, a Franciscan Tertiary and an active member of what is now the SVP. One story shows how, like St Christopher, Ceferino was truly the hands, feet and face of Christ, when one day, heedless of any risk to himself, he carried home a man who, suffering from a highly contagious illness, had collapsed in the street. Ceferino was martyred during the Spanish Civil War trying to defend a priest; and legend has it that when asked by the soldiers if he was carrying a weapon, he said ‘Yes – and here it is!’ showing them his Rosary. Although he was shot and buried in a mass grave, he reportedly died holding the Rosary aloft and shouting, ‘Long live Christ the King!’ In beatifying him on 4 May 1997, Pope St John Paul II said Ceferino ‘…knew how to sow harmony and solidarity among his own … showing Christ’s love knows no boundaries of race or culture.’ 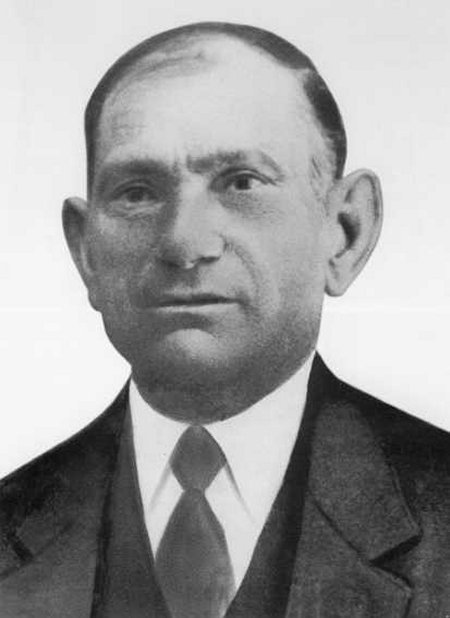 Sara la Kali is not actually a beatified saint in the Catholic Church, but she is thought to have been an early Christian in the household of Jesus’ friends. She led a holy life and is venerated by many Romani people at the Chapel of Saintes-Maries-de-la-Mer in the Southern French region of Camargue. The ‘Saintes Maries’ were the ‘Three Marys’: Mary Magdalene, Mary Salome, and Mary the wife of Clopas who all ministered to Jesus at his Crucifixion. Sara travelled with them and is known as ‘Sara e Kali’ in Romani, meaning ‘Sara the Black’ as she is thought to have been of Egyptian heritage. 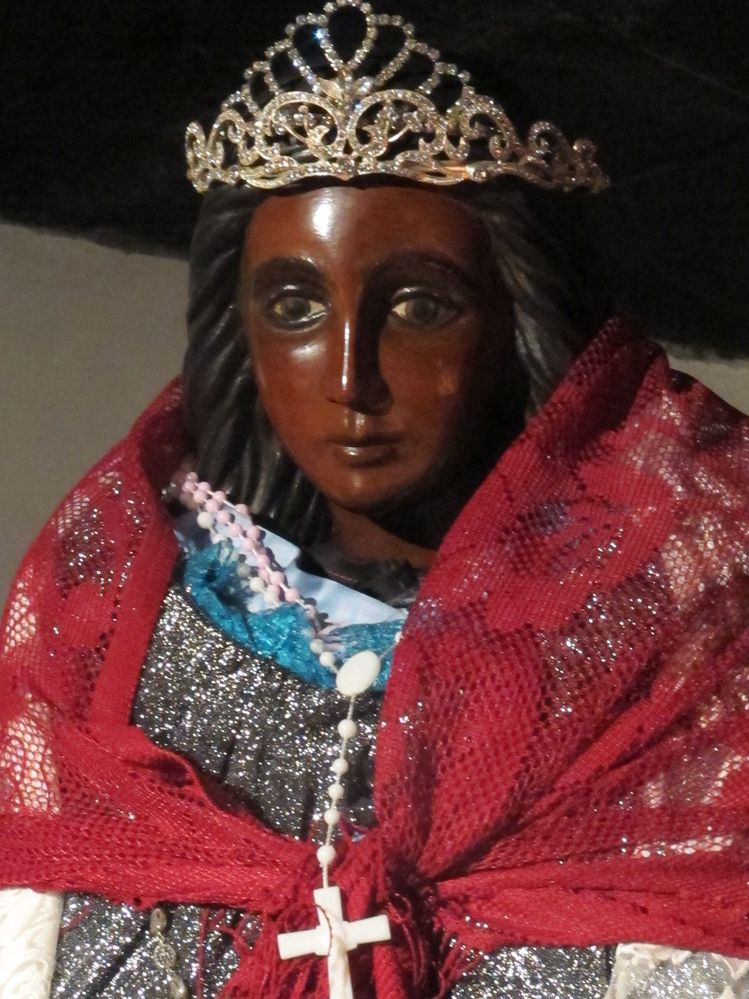 With the inspiration of the Holy Spirit and the intercessions of Our Lady of Unfailing Help and all the saints, our journey together will be launched by the Bishop with Mass at Leeds Cathedral on Sunday 17 October. Whatever your parish, age, ethnicity or culture, Bishop Marcus invites YOU to journey with him along the path From Parish to Mission and help him with his Pastoral Plan to shape the future of faith fully-lived in homes schools and parishes (and caravans!) across our Diocesan Family!

*Email P2M@dioceseofleeds.org.uk for more information and a dedicated web page on this site is coming soon!*

Laudato Si’: Another Guided Pilgrimage Walk for the Season of Creation