Four new Choral Directors have been employed to work with our schools as the Diocese of Leeds Schools Singing Programme (SSP) expands thanks to a generous grant specifically given for that purpose by the Hamish Ogston Foundation (HOF). As well as supporting an enhanced Diocesan SSP, the HOF has partnered with Diocese of Leeds Music to found and support a National Schools Singing Programme (NSSP) across all the UK’s Catholic dioceses. 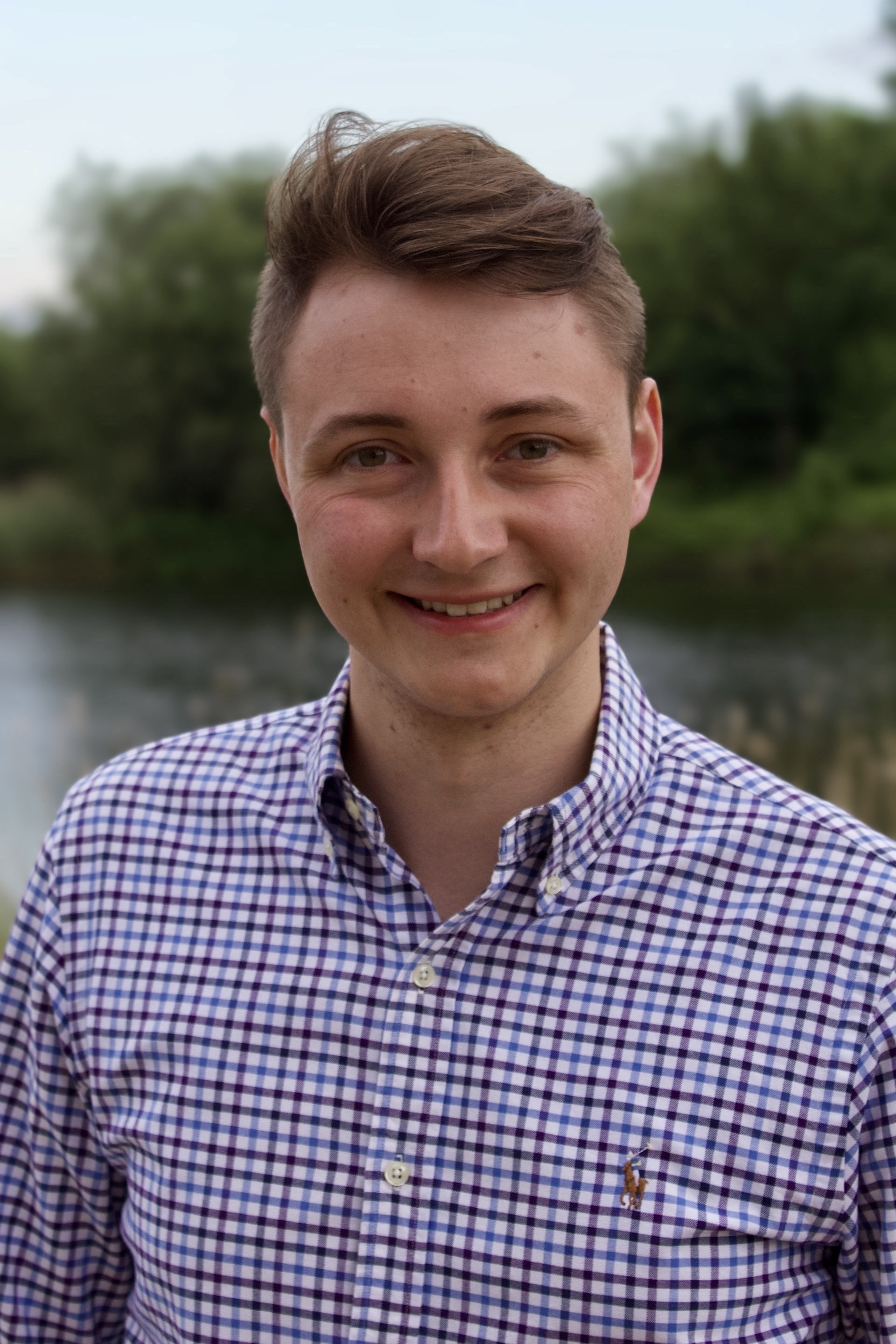 Will Bruce graduated from King’s College London with a first-class in Music in 2020 and has recently completed his MA in Choral Conducting under the tutelage of Simon Halsey CBE at the University of Birmingham. Having worked as a vocalist and freelance musical director in the UK’s two largest cities, William has been fortunate enough to perform on stage, screen and in educational settings, alongside musicians of all ages and abilities. Before his appointment as a Choral Director in the Diocese of Leeds, William was the Director of Music for the Guy’s, King’s and St. Thomas’ (Hospitals) Music Society and Guy’s Chapel, King’s College London, and regularly returns to guest conduct performances across the capital city. Throughout his studies, William developed his skills under internationally acclaimed choral conductors, including Jeffrey Douma, Amanda Quist, Simon Carrington and Neil Ferris. Most recently, he has enjoyed shadowing Simon Halsey with the CBSO Chorus, having formerly been a member of Children’s and Boys’ Choruses during his childhood. Whether preparing soloists or choruses for secular or sacred performances, William always aims to inspire others to share in the joy of vocal music. 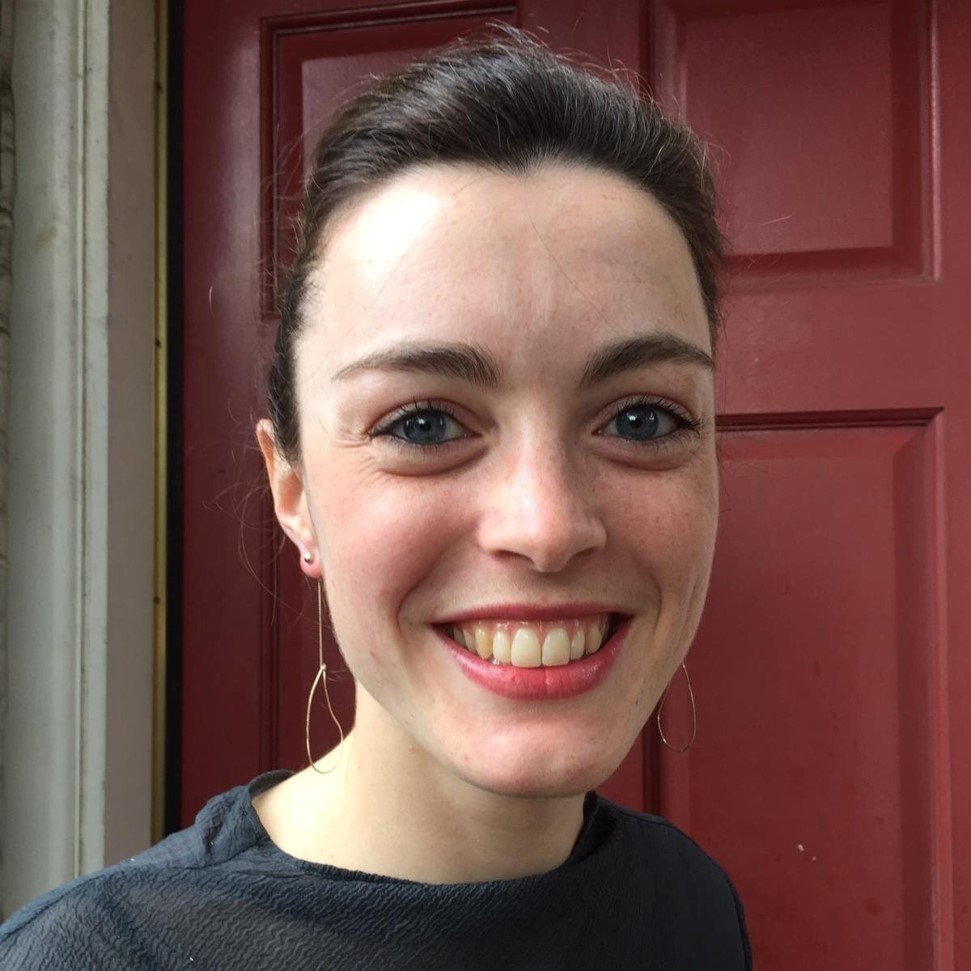 Lizzie Leather is a Choral Director with a passion for working with young musicians to inspire a love of music and to encourage them to reach their full potential and thrive in a safe, supportive environment. Lizzie has worked as a conductor and choral animateur with organisations including Hackney Choral, the Oxford Bach Choir and the National Youth Choirs of Great Britain. Lizzie has taught music to classes of children in London and Berlin, where she also ran social singing groups for adults in the community. Lizzie co-founded Hesperos, a chamber choir in 2018, and has studied Music, Migration Policy and Choral Conducting at the Universities of Oxford and Birmingham. 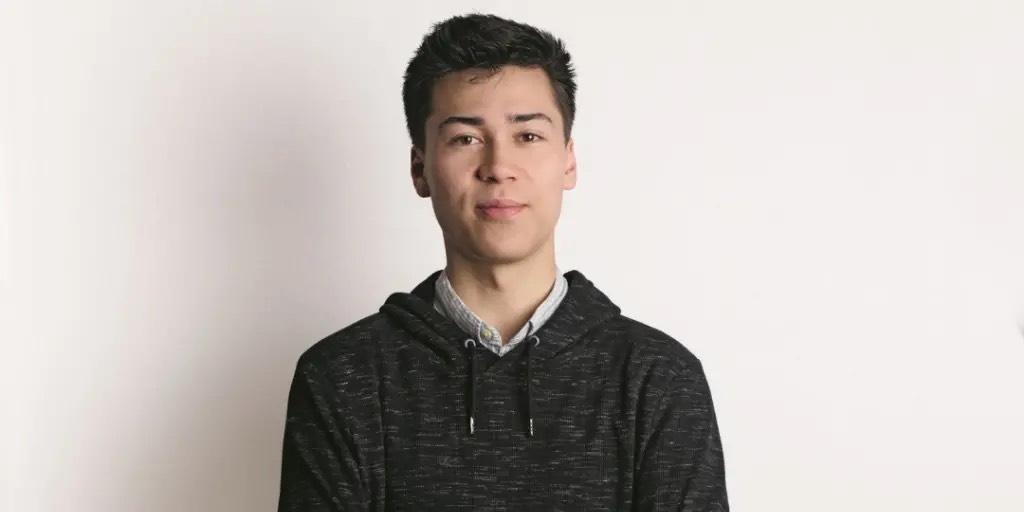 Caius Lee read Music at St Catharine’s College, Cambridge, where he was Organ Scholar, accompanying the girls’ and undergraduate choirs for concerts, international tours, broadcasts and CD recordings. His musical journey started at Bradford Cathedral aged 11, before joining Leeds Cathedral as Organ Scholar aged 17 and becoming Assistant Organist a year later. An advocate for bringing singing opportunities to the wider community, Caius ran a children’s choir which won its class at 2016 Mrs Sunderland Music Festival and has co-delivered organ and choral workshops with David Baker, supported by the Heritage Lottery Fund. Since 2019, he has been a trustee for Awards for Young Musicians, and in July 2021, he helped deliver the Europa Cantat Festival in Slovenia. Now returning to Diocese of Leeds Music as a Choral Director, Caius is excited to continue working on his passion to make music opportunities accessible to all, regardless of background. 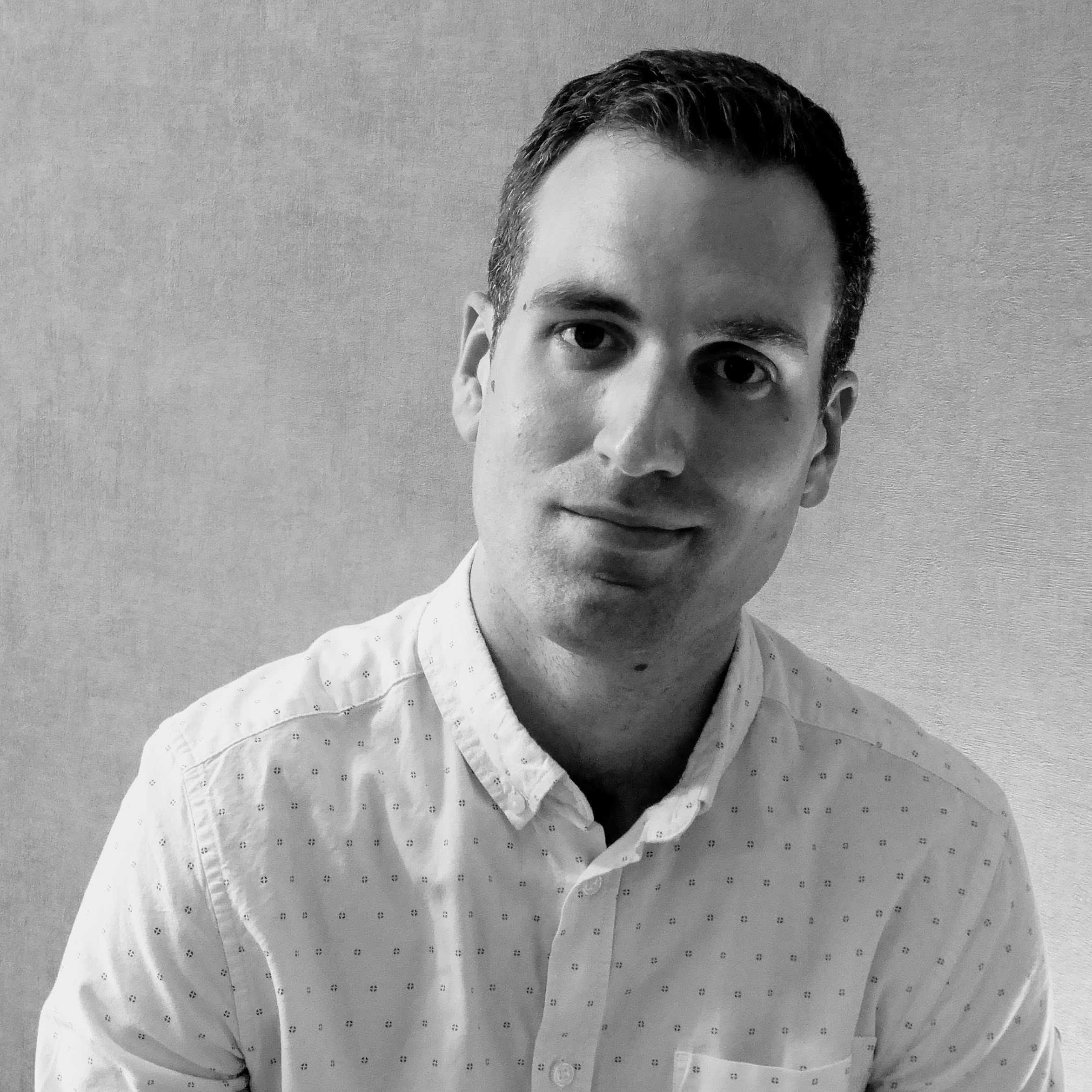 Roland Mander graduated from the University of Huddersfield in 2014, where he specialised in piano performance and accompaniment, studying with Sally Anne Macleod. In 2016 Roland was awarded a Sing for Pleasure Young Conductors’ Scholarship, which has since led to a varied career as a choral director, workshop leader and accompanist. He is passionate about the importance of music education and has previously enjoyed working with leading providers such as Musica Kirklees and Opera North Education. Roland’s first experience of choral singing was in his school choir and he is now delighted to provide similar 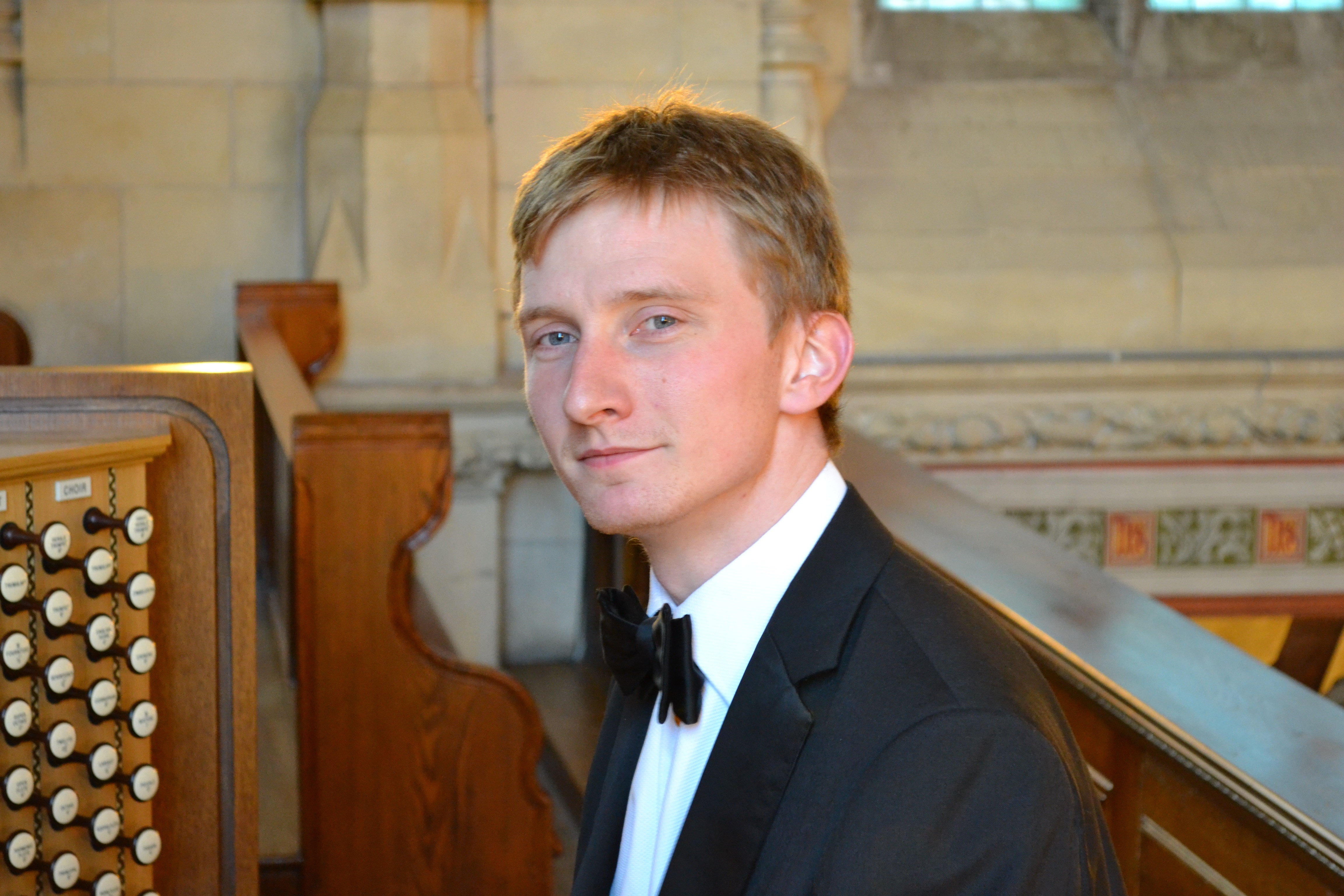 Assistant Cathedral Organist, David Grealy, comes from Galway in the west of Ireland. Since graduating from the National University of Ireland, Maynooth in 2008 with a first-class honours degree in music he has held appointments in Westminster Cathedral, St Bartholomew’s (Anglican) Church, Dublin, and St Mary’s Pro-Cathedral, Dublin. From 2014 to 2017, David lived in Germany, where he completed a master’s in organ performance at the Hochschule für Musik und Tanz, Cologne and worked as a church musician in the Catholic Parish of St Peter & Paul, Ratingen. Before joining the Diocese of Leeds Music Department in 2022, David was based in Dublin, where he was in regular demand as a performer and accompanist. 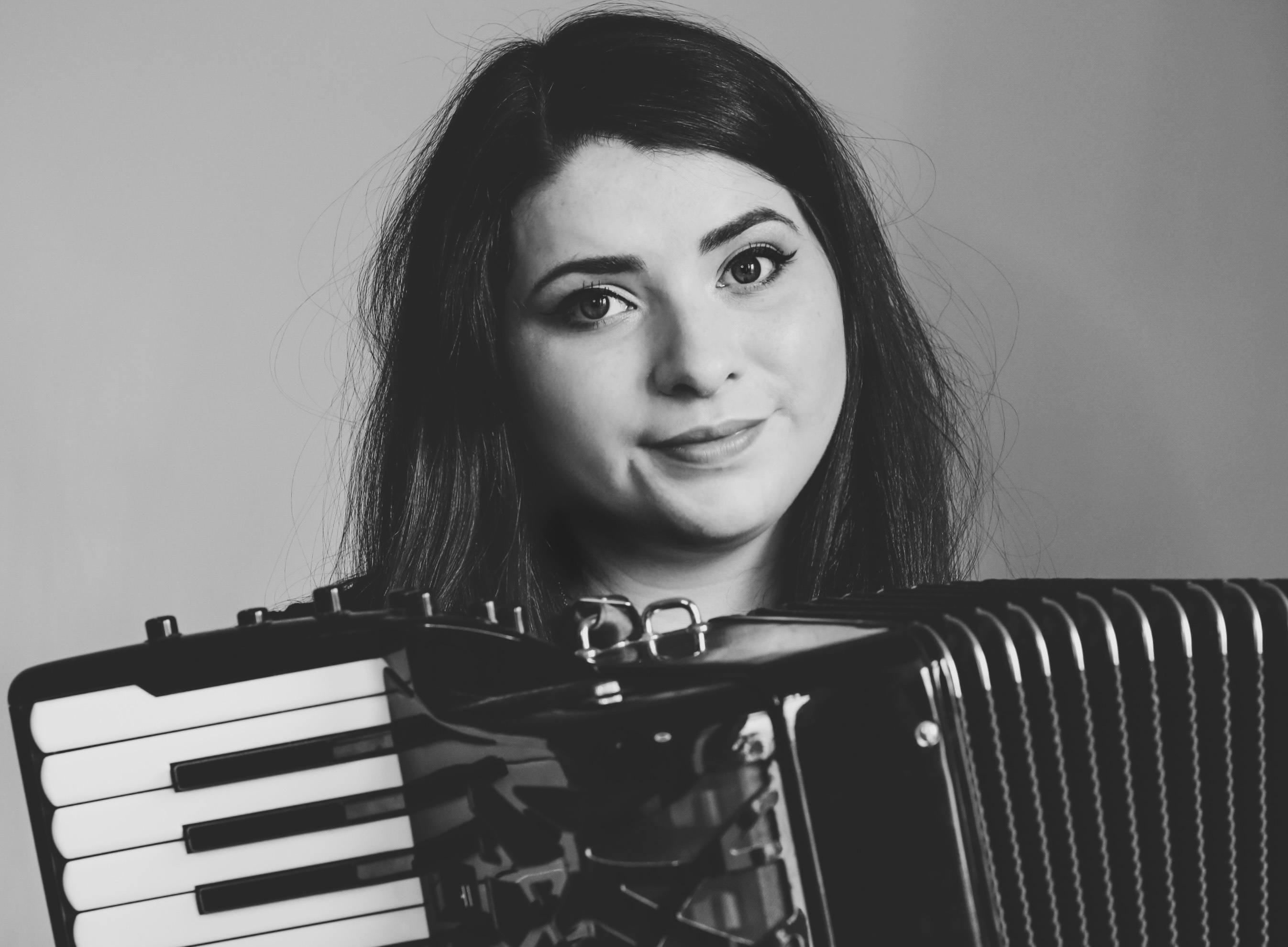 Accordion Tutor, Valerie Barr, is an accordionist from Wishaw, Scotland. She graduated with a Masters in Music Performance from the Royal Conservatoire of Scotland in 2020, where she studied with Djordje Gajic. Throughout her studies, she enjoyed collaborating and learning from other musicians through multidisciplinary practices and was chosen to perform in many internal showcase concerts and external events. As a soloist and chamber musician, Valerie works in a wide variety of settings including recitals in major venues, workshops in ASN schools and early years sessions. With violinist Eddy Betancourt, she has regularly worked with Live Music Now since January 2019. From 2019, Valerie attended the Italian Accordion Academy with Claudio Jacomucci where she received masterclasses in performance, improvisation, transcription and composition. She has performed in concerts and festivals in Italy, Lithuania, Germany and the Netherlands, and has attended masterclasses by James Crabb, Milos Milovojevic and Bjarke Mogensen. Valerie’s ultimate goal is to promote the accordion as a classical instrument in the UK.

As well as the new staff teaching on our Schools Singing and Keyboard Studies Programmes, it’s been all-change in the Diocese of Leeds Music Office, since Jess Shears moved on (but not too far away!) in November to pursue her ‘dream job’ as Orchestra Manager at Opera North…

Music Programme Manager, Callum Tempest grew up in Leeds and has been involved with the Diocese of Leeds Music Department since he joined the Leeds Cathedral Boys’ Choir at the age of ten. He began organ lessons three years later and was organ scholar at the Cathedral during his time in sixth form. Having attained a first-class degree in Economics and Econometrics from the University of Bristol, Callum has returned to the department as Music Programme Manager, with responsibility for the day-to-day administration of its Schools Singing Programme, Keyboard Studies Programme and fundraising strategy. Callum is particularly excited to return as the roll-out of the National Schools Singing Programme continues. Drawing on his first-hand experience of the Leeds model, knowledge of economics and passion for technology, he hopes to facilitate the delivery of sustainable opportunities for music-making for children and young people, continuing to promote social mobility and reduce deprivation across both the Diocese and the country.

Assistant Music Administrator, Liz Cooper graduated from the University of Leeds with a BA (Hons) in Music more years ago than she cares to remember and later went on to gain an MA and a PhD from the University of Huddersfield. She is passionate about opera, church music and music for the organ. Although not an organist herself, Liz sits on the committee of the Oldham, Rochdale and Tameside Organists’ Association. After many years’ employment in the field of law, she is delighted to be working for the Diocese of Leeds Music Department.

Diocese of Leeds Music now employs 13 full-time and eight part-time members of staff, led by Director of Music Ben Saunders, Director of the Schools Singing Programme Tom Leech and Cathedral Organist and Director of the Keyboard Studies Programme, David Pipe. Governance is overseen by a Management Board comprising 13 volunteer members drawn from clergy, curia and laity with expertise in liturgy, education, finance and communications. All staff working with children have enhanced DBS checks and all photographs and publicity information published by the Diocese has full school and parental consents. We are particularly grateful to all 30 of our Parental Volunteer Chaperones. Their care and commitment enables our young people to attend rehearsals, services, concerts and BBC broadcasts. The role of chaperoning and parental support is crucial for young people of any background  to access in safety all opportunities and experiences which help increase their confidence, academic attainment and engagement with their faith.

A warm welcome to all our new staff, thanks to our current staff and volunteers – and to the Hamish Ogston Foundation for making this expansion possible!

To find out more about Catholic evangelisation and education through liturgy and music in the Diocese of Leeds and beyond visit:
Diocese of Leeds Music
Leeds International Organ Festival (LIOF)
National Schools Singing Programme