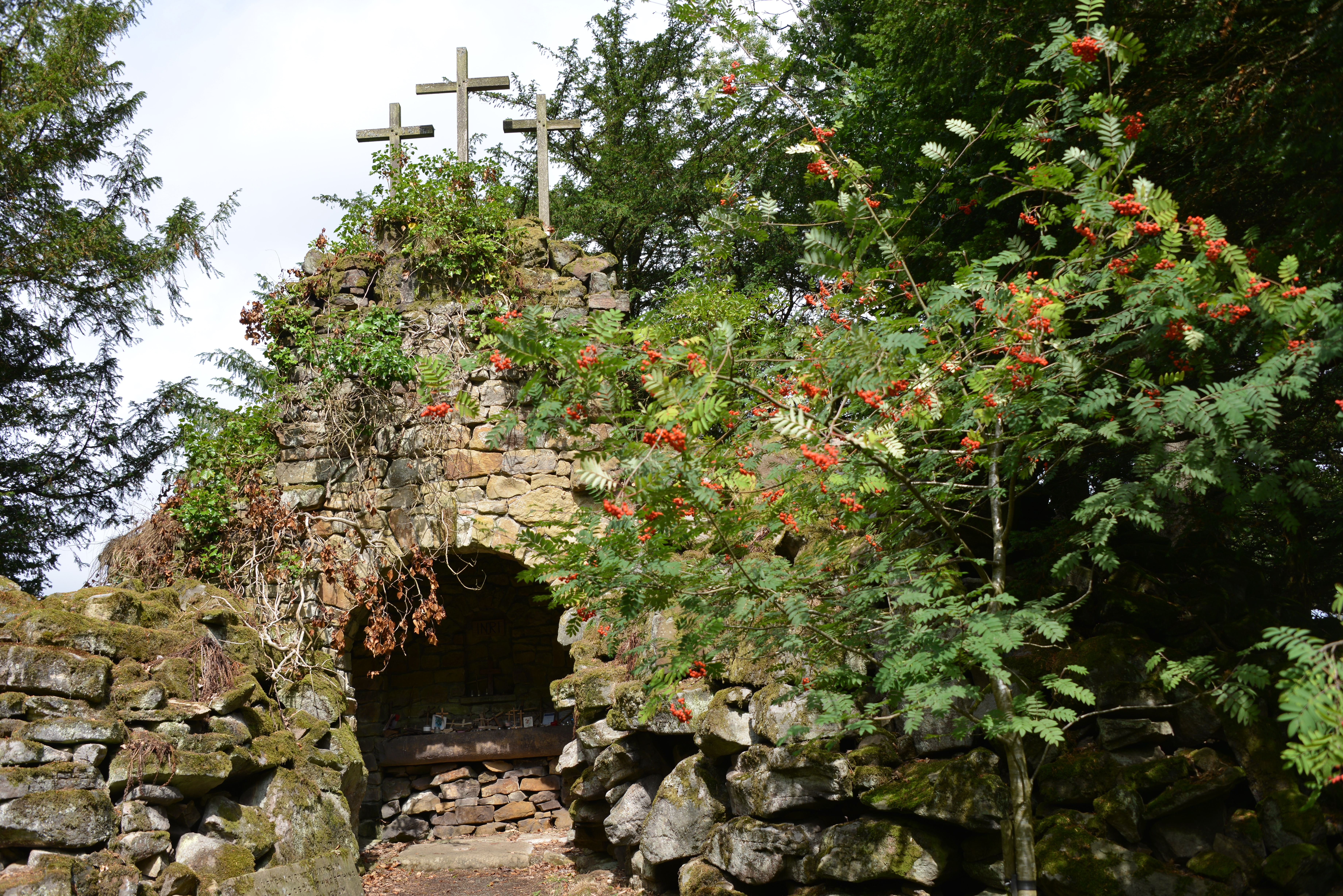 The Calvary at Myddelton Grange: destination of our Laudato Si’ Pilgrimages since 2018

Care for the earth, Our Common Home, is an intrinsic part of our Christian life in the Diocese of Leeds.  It is one of the priorities for our Diocesan Justice and Peace Commission’s Climate Crisis Action Group and for many of our Catholic schools and parishes, including all those which attend our Laudato Si’ Mini-Pilgrimages through the Myddelton Grange Estate to the Calvary.

Pope Francis’ 2015 Encyclical Laudato Si’ is the official Catholic response to the environmental crisis and some of our parishioners have studied online to become Laudato Si’ Advocates (LSA-UK). They and others are sharing ideas and initiatives across the Catholic dioceses of England and Wales.

David Jackson from St Teresa Benedicta of the Cross Parish in Shipley is one of the representatives of LSA-UK in our own diocese and brings us this idea for Wilding on Church and School Premises.

Pope Francis tells us: ‘… Saint Francis, faithful to Scripture, invites us to see nature as a magnificent book in which God speaks to us and grants us a glimpse of his infinite beauty and goodness. “Through the greatness and the beauty of creatures one comes to know by analogy their maker.” (Wisdom 13:5); indeed, ‘his eternal power and divinity have been made known through his works since the creation of the world’ (Romans 1:20). For this reason, St Francis asked that part of the Friary garden always be left untouched, so that wild flowers and herbs could grow there, and those who saw them could raise their minds to God, the Creator of such beauty.  Rather than a problem to be solved, the world is a joyful mystery to be contemplated with gladness and praise.’ (Laudato Si’, Paragraph 12)

The time is NOW to consider setting aside an area of our parish or school grounds for wildlife!

One way to do this is to find a small grass area somewhere on church premises to leave and see what grows naturally.  It’s important to look at the ‘grass’ and there will probably be parallel veined-leafed plants and feathery-leafed plants, all waiting to be given the chance to grow. Grass is often not much grass at all!  Experts advise us not to introduce wildflower seeds to a grass area: instead, wait and see what grows naturally.  Introduced seed might be so invasive that it swamps the indigenous vegetation. However, if there is no grassed area, could a small area be dug and a packet of wild flower seeds planted?

One example to follow is a small area of a churchyard in the South of England which was left unmown from March to August to see what would grow. Germander Speedwell, Cat’s Ear, Primrose and Bird’s Foot Trefoil sprang up: flowers full of nectar for pollinating insects and butterflies.  When the Lady’s Bedstraw came into bloom, there was a carpet of yellow and a sweet honey-like fragrance wafting in front of people as they left church. The flowers of Lady’s Bedstraw (Galium Verum) are said to have been responsible for the yellow colour of Double Gloucester cheese – and the plant is so named because in mediaeval times it was dried and used to stuff mattresses, as its scent acted as a flea repellent!

Bees are in rapid decline and yet sadly the UK Government has reversed its ban on bee-killing pesticides linked to the decline in population of a third of our pollinating bees. It is estimated that one third of the food that we consume each day relies on pollination mainly by bees – so you are invited to sign, if you wish, the Greenpeace petition calling for a ban on neonicotinoids. 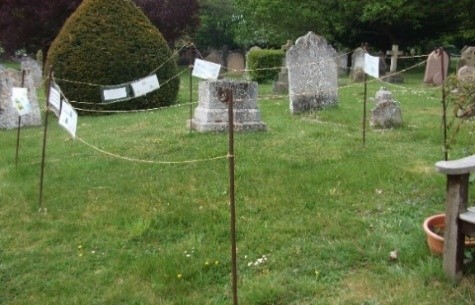 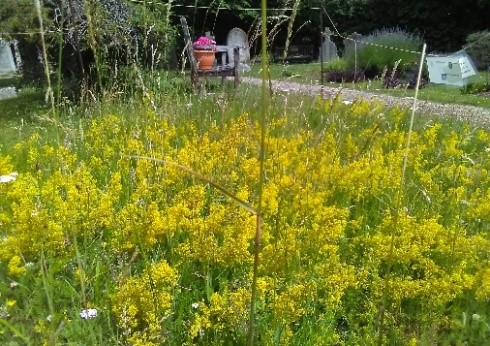 Before and after: an area in the churchyard set aside for wilding … and … God’s glory revealed! A bees’ paradise!

LSA-UK: dedicated to spreading the teachings of the Pope’s Encyclical, Laudato Si’