Louise Robinson, Headteacher of St Joseph’s Catholic Primary school in Bingley, wrote to the Spurs striker to inform him about the admiration of Year 3 pupils. 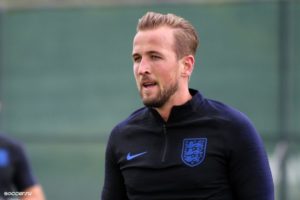 “Dear Ms. Robinson,” he said. “You have a very talented class! Thank you for sending on all of the letters from Year 3. Please tell them to keep up the good work.”

Mrs Robinson said staff and students were “bouncing up and down” when they saw the tweet.

“We couldn’t believe it when we found out,” she told The Catholic Universe.

“My son, who is in year 6, is obsessed and was beyond himself with excitement.”

In her letter to Harry Kane, she included work the pupils produced on his virtues, including posters, displays and letters.

She admitted that she did not expect the England star to read the work, and was delighted on discovering his response.

“We are terribly excited and amazed,” she said. “We’re always trying to encourage students to write with purpose. Harry Kane was year 3’s choice as an inspirational role model, because he visits sick children, gives money to charity and stands up to racism. He sets a good example.”

England striker Kane included some of the students’ work on his Twitter feed, including some personal messages.

After Year 3 student Orlaith praised his “silky skills and amazing strikes,” he said: “Great to hear that your year 3 are keen footballers. Keep practising and listening to your teachers.”

Mrs Robinson said the Spurs striker stood out as a positive role model who embodies positive virtues such as courage, determination and justice.

In her letter, she told him: “Our Year 3 children have been learning how to write persuasively. When their teacher asked them who they would like to write to, they chose you. You are a hero to our children. They admire and look up to you.”

She commended her ‘lovely’ pupils for their work and effort.

“A massive thanks to St Joseph’s school for all your letters and drawings,” he said.

“I can see a lot of effort went into them, so thank you for sending them to me.”

Story courtesy of the Catholic Universe

A Cardinal in the Classroom