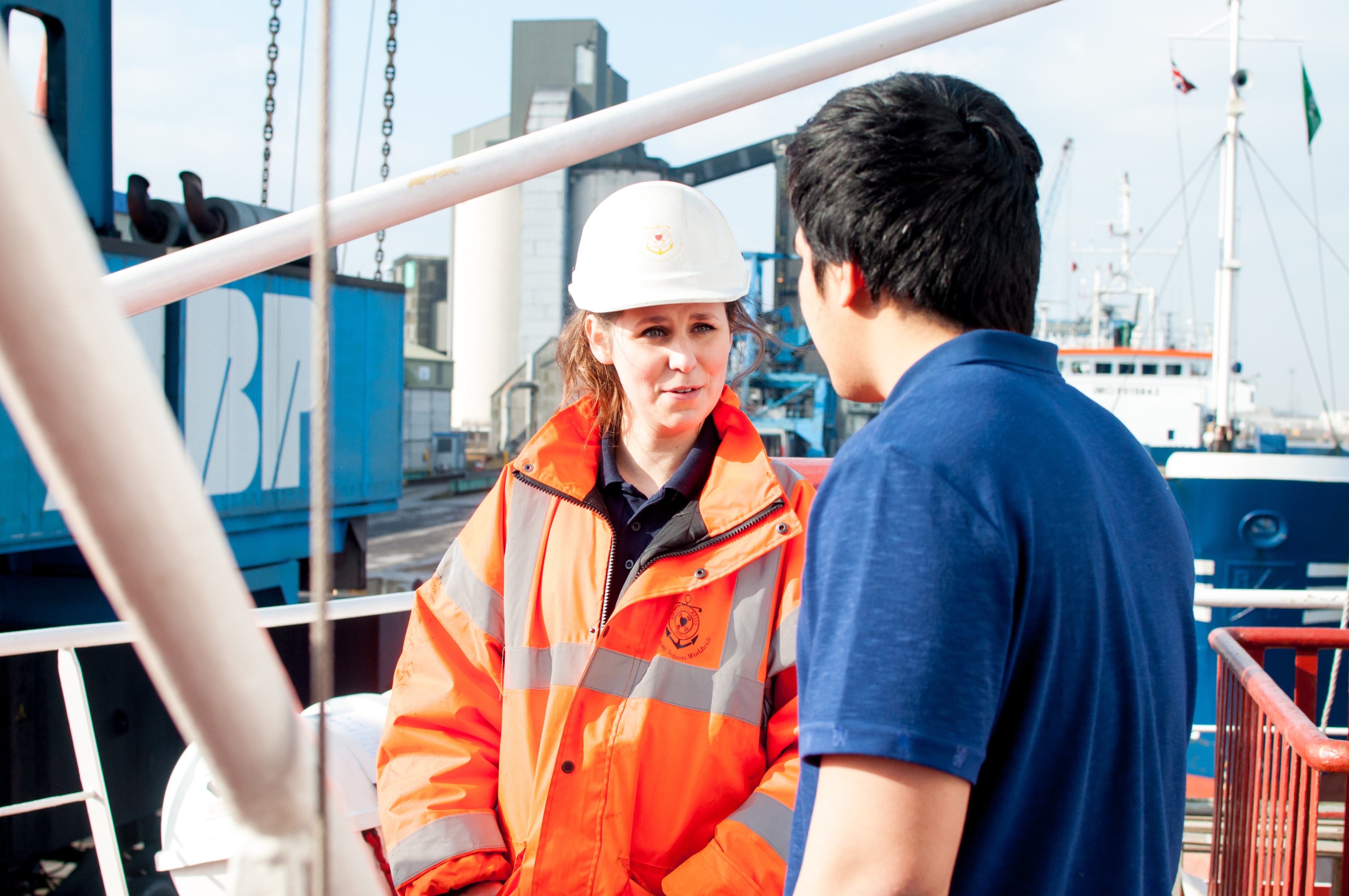 They are the invisible workers who make sure the shelves of our shops and supermarkets are full. They make sure that we can get to work, take the children to school, and find medicine when we need it. We’re talking about seafarers.

The Church asks us to support Stella Maris, Apostleship of the Sea (AoS) and on 14 July, a second collection will be held for this cause. The chaplains and ‘ship visitors’ of the AoS work tirelessly in seaports around the coast to provide practical help and pastoral care to the seafarers who bring around 90% of everything imported to the UK.

The vast majority of seafarers come from poorer parts of the world – the Philippines, India, Eastern Europe – yet they keep the richest countries like England going day-by-day.

They sign a contract with a ship because it’s usually the best way that they can provide for their families. However, the irony is that in order to provide for them, they have to leave them behind – often missing out on their children’s birthdays, school events, and weddings. If there’s a family crisis, they are not there to offer support.

This is where AoS port chaplains and ship visitors step in. They can provide transport to local shops, arrange internet access, and be a listening ear if a seafarer has a personal problem or an issue over pay and conditions. They can also arrange for a priest to celebrate Mass on a ship.

At one time, seafarers used to be able to look forward to time ashore after arriving in a port. But the changes in the shipping industry mean that the time they now get ashore is now very limited. Some ships never actually dock at all, for example, Oil Tankers which may connect to an offshore pipeline instead.

‘Port chaplaincy is about being present, being there, whether that means standing on a cold deck in the rain for an hour, or chatting over coffee in a mess room,’ said Bryony Watson, an AoS port chaplain in Immingham in Lincolnshire.

‘Without seafarers, we wouldn’t have many of the things we take for granted,’ she said. ‘Think for a second of your morning routine. Light on, cup of coffee, shower, breakfast, into the car. Would any of this have been possible without shipping? So, the next time you make a cup of coffee or turn on the TV, spare a thought for the seafarers who make this possible.’

Greg Watts, Apostleship of the Sea

Raising the Roof in Ripon